Facebook recently banned a company for running an influence campaign to disrupt elections in several countries. The tech giant also removed dozens of suspicious accounts that were spreading fake information across the platform, continuing a trend of fake accounts and elections.

In its statement, the social media giant said that it deleted hundreds of Instagram and Facebook accounts as well as Facebook Groups and Pages that were involved in what Facebook called “coordinated inauthentic behavior.”

The accounts behind the network were trying to conceal their identities, said the company, but Facebook discovered that many accounts were linked to the Archimedes Group. The Archimedes Group is a Tel Aviv-based lobbying and political consulting firm that boasts of having experts from a “wide spectrum of fields, lobbying, social media, consulting, public diplomacy, International public relations, and information.” In its blog, Facebook revealed that around 2.8 million accounts followed one or more of the “now-removed” pages while over 5,500 accounts were part of at least one of these groups.

As for advertising cost, the individuals behind these fake accounts and Pages spent over $812,000 for ads on the social media platform, which was paid for in US dollars, Israeli shekel, and Brazilian reals. The most recent ad ran this year in April while the first ad ran in 2012, Facebook said.

Facebook has shown some improvements recently when it comes to banning fake and misleading accounts.

Facebook and Blockchain seem to be coming together as Facebook seems to be getting more and more serious about cryptocurrency and blockchain networks. Recent reports by Reuters note that the social media giant has registered a new financial technology company, which is focused on data analytics, investing, payments and blockchain, in Switzerland.

Facebook registered the new financial technology company, Libra Networks, in Geneva just recently, on May 2. The social network is not just investing in blockchain, but is planning to roll-out an internal cryptocurrency as well. The cryptocurrency will constitute Facebook’s first push into the blockchain industry.

The tech giant is not being hasty when it comes to investing in crypto – rather, it is being slow and steady. For instance, the company hired two compliance managers of Coinbase on May 14, presumably for its blockchain or cryptocurrency network.

According to information on the Swiss register, Facebook is a stockholder in the new fintech company and will offer both tech and financial services as well as help in developing related hardware and software.

Why is Facebook investing in crypto and blockchain? The social media platform has a huge user base, and the company can make a lot of money if transactions with the new currency are done by users on its platform.

The U.S. Congress has shown interest in the ramifications of Facebook’s foray into blockchain and cryptocurrency. The Senate Banking Committee sent an open letter to the social media giant to seek clarification on the implications and purpose of the currency. The letter noted that Facebook had asked U.S. banks to share detailed financial information about customers last year and recruited many financial firms and online merchants in order to release a cryptocurrency-based payments system through its platform.

Given Facebook’s size and history, these and other questions undoubtedly concern users as well. 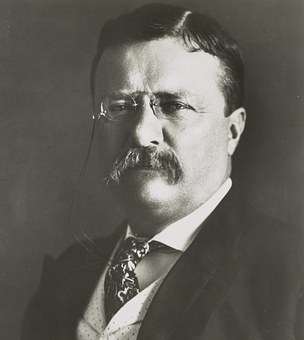 The increase in Facebook’s growth is not just because of its user base, but also due to other precious acquisitions, like WhatsApp and Instagram. Some have levelled criticism at this, arguing that Facebook purchased its competition instead of nurturing innovation and actually competing. Recently, the cofounder of the company, who studied at Harvard with CEO Mark Zuckerberg, called for the breakup of Facebook.

While talking to French President Emmanuel Macron, Facebook CEO Mark Zuckerberg seemed opposed to the idea of breakup of the social media platform. Earlier, the company’s co-founder Chris Hughes had called for regulators to break up Instagram, WhatsApp and Facebook.

Zuckerberg told President Macron that his main reaction to what Hughes wrote was that his proposal would not solve any issues. Instead, he insisted that as CEO, he was talking about the big issues – Fake news, hate speech, misinformation, and the like.

He said that those who really care about democracy and fair elections would want a company like Facebook to be able to invest billions of dollars yearly into building up advanced tools for combating election interference. Zuckerberg further added that the tech giant is already doing this. The breakup of the company, by contrast, is not on his radar.

What did Hughes really say?

The New York Times published an op-ed written by Hughes recently, in which he wrote that Zuckerberg sacrificed civility and security for clicks and growth of the social media platform. He said he is disappointed in himself and the early Facebook team for not thinking enough about how the News Feed algorithm could influence elections, change their nature, and empower nationalist leaders.

Hughes isn’t the only one calling for a split of these companies. Advocacy groups, like the Color of Change, Common Sense Media and the Electronic Privacy Information Center, asked the U.S. Federal Trade Commission earlier to break WhatsApp and Instagram into separate companies. The organizations argued that a split would allow other companies, like Snapchat and Twitter, to compete more fairly.