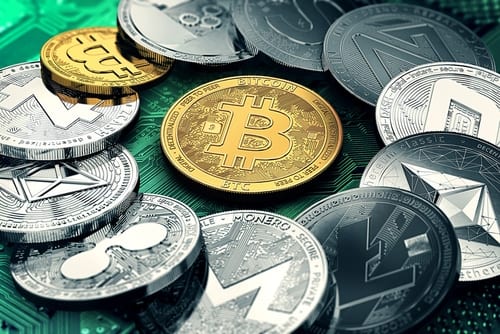 A survey of 504 business owners was conducted by the card machine provider PaymentSense in January. Over 35% of them believed that payments using cryptocurrency would be normalized within two years. Over 21% were even more confident, believing that acceptance of cryptocurrency payments would happen within a year.

Some obstacles remain before the use of cryptocurrency for payments becomes widespread. The main one is the volatility of prices. Small business owners, especially those operating in more traditional industries, rely on stability and certainty when it comes to methods of payment.

The volatility of prices does not seem to have discouraged SME owners from wanting to invest in cryptocurrencies. Almost 59% said they would consider investing and about 18% are already investing.

The speed at which transactions are settled can help to overcome concerns about high volatility. Bitcoin is developing a Lighting Network which will open up improved payment channels.  Segregated witness (SegWit) is being adopted gradually and will help with the problem of scaling. It allows the Lighting Network to run on top of the base blockchain layer so that unlimited numbers of immediate, low-fee transactions can occur.

Positive developments are taking place in several countries, which indicate that cryptocurrencies are moving towards mainstream status. In Japan, for instance, the huge electronics retailer, Yamada Denki, is accepting Bitcoin on a trial basis at two of its Tokyo outlets. It plans to implement a nationwide rollout.

Bitpay launched a wallet app last year that integrates with a prepaid Visa debit card. Litepay, a San Francisco based startup, allows retailers to accept Litecoin, which is settled in fiat.  Since November last year, Pundi X, POS (point-of-sale) solutions provider for South East Asian retailers, has been able to connect to the NEM (XEM) and Ethereum (ETH) blockchains.

Most SMEs play a waiting game

There is no doubt that adoption of cryptocurrency as a payment method is becoming more popular. However, many small to medium business owners are still wary of accepting cryptocurrency payments. At present, many of them are uncertain of how to integrate them within their existing financial arrangements and whether they will be accepted by staff, suppliers and government agencies.

They also lack confidence in the safety and security of such payments. Working together with trusted merchant service providers or payment processors may help to address these concerns, allowing for improved security processes and the quick exchange of currency.

Entrepreneurs in emerging sectors may consider that using cryptocurrencies for payments is worth the risk. Others in more traditional, established areas will probably be playing the waiting game to see what developments take place during the next year or so.