The continuous rise of BITCOIN

Home / The continuous rise of BITCOIN 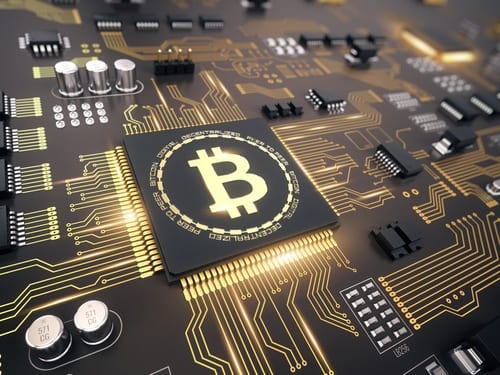 The continuous rise of BITCOIN

There were several digital cash technologies before the release of Bitcoin, like Stefan Brands and David Chaum’s ecash protocols, and hashcash of Adam Back. The domain name bitcoin.org was registered on 18th August 2008, and the network came into existence in January 2009 with the issuance of the first bitcoins and the launch of the first open source Bitcoin client. Satoshi Nakamoto (whose real identity is unknown to this day, though the subject of much speculation,) mined the first block of bitcoins, dubbed the “genesis block,” which had a reward of 50 bitcoins.

In 2010, the initial price of Bitcoin was less than 1 cent. Nakamoto had mined almost 1 million bitcoins early on and handed over leadership to Gavin Andresen before disappearing. Andresen, who became the lead developer, is possibly the official public face of Bitcoin community. The technology behind this cryptocurrency was the blockchain, which is a largely anonymous, publicly visible, online ledger that records all BTC (Bitcoin) transactions. Blockchain works just like online transfers; it performs all the tracking functions, (checking whether the person has funds, then adding or subtracting bitcoins) but does so without a bank or any central authority.

The first Bitcoin transaction was negotiated on a forum and involved the payment of 10 thousand bitcoins to buy two pizzas that were delivered by Papa John’s.

Wikileaks and other organizations started to accept donations in bitcoin in 2011. The recognition of Bitcoin as a cryptocurrency expanded in 2011, when WeUseCoins published a video which had over 6.4 million views, and when Bitcoin Magazine was co-founded by Vitalik Buterin.

Coinbase sold US$1 million worth of bitcoins at over $22 per bitcoin in a single month in February 2013. Later the same year, the Internet Archive declared that it was accepting donations as BTC as well as giving employees the option to get portions of their salaries in BTC. After 2013, Bitcoin kept on rising. Popular companies like Microsoft started accepting Bitcoin to purchase Windows software and Xbox games.

Reason behind the exponential growth of BTC

It was estimated that over 160,000 merchants started accepting Bitcoin payments as of August 2015. Bitcoin did not have serious competition because it was by then time-tested, the best-known cryptocurrency and a valuable artificial currency. People viewed Bitcoin as the best vehicle for betting on the growth of cryptocurrency.  Japan, in 2016, recognized cryptocurrencies like BTC as having a similar function as real money. In addition to this, South African online marketplace Bidorbuy enabled the use of Bitcoin.

The new expectations and the new investors continued to drive up the price of Bitcoin. This has led to some naysayers.  According to Jamie Dimon of JPMorgan Chase & Co., Bitcoin, which saw an 11-fold increase last year, is a fraud.

Bitcoin’s success has drawn millions of dollars from hedge funds. Though it has dropped in recent months, not long ago the value of Bitcoin was $16000, making its market worth–$271 billion– more than that of Home Depot.

The future is never certain, especially with a new technology and a volatile market.  But Bitcoin is certainly worthy of public attention and study.