The Challenges of Bitcoin

Home / The Challenges of Bitcoin 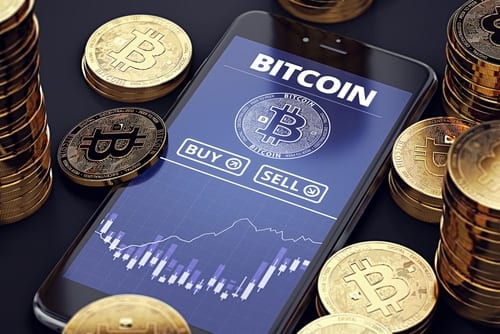 The Challenges of Bitcoin

Bitcoin is a global payment system that is popularly known as a cryptocurrency.  It is the first system of decentralized digital currency that works as a single administrator. All the transactions are done directly among users without a mediator. It is a global system of exchanging currencies across the internet, without being linked to an actual identity. Cryptography is the base for Bitcoin’s security.

The difference between using regular currency and bitcoin is that the bitcoin ecosystem operates without involving any kind of link to a user’s actual global identity. One has to choose their name to be linked to a Bitcoin address in order to know who possesses the address. The system keeps track of addresses of an individual, but does not track the user. Two important sections of cryptographic information have to be present in each address regardless of whether it is a private one or a public one. The public key consists of the Bitcoin address, which is similar to an e-mail address that anyone can send bitcoins to. The private key is just like an e-mail password, only the owner has the power to access the account and send bitcoins from it. This system is executed with the help of a mathematical process known as cryptography.

The users of the bitcoin system have to mandatorily use the global database known as the blockchain. The blockchain creates a framework to maintain all the transactions taking place in the bitcoin system. It keeps track of new bitcoins that are generated and also maintains the records of individuals who possess bitcoins.

Bitcoin uses QR codes to store all the information in a single area. The QR codes on the bitcoin currency include the public and private addresses that can be scanned with numerous online tools.

Wallets are very helpful and offer a handy way to track the records of public and private addresses of users. Addresses can be anonymous, and a person can have many addresses. Wallets allow multiple people to manage multiple accounts in a small space. They hold all the required information and prevent a loss of bitcoins.

The truth about Bitcoin Security. Is it Safe?

Bitcoin is quite secure, but this is not necessarily so for every service or site that deals with Bitcoin.

The Bitcoin ecosystem does not offer any guarantee of whether the exchanges and services surrounding it are worthy of trust and security. A trust level that exists in the banking system is not present here. We trust banks, for the most part, as we are sure that they are heavily secured and regulated. This is not yet true of Bitcoin.

As with all things, there are plusses and minuses to the use of Bitcoin (and other cryptocurrencies). On the plus side, the lack of regulations and the minimal fees make the system cheap to use and easy to transfer money internationally. This makes the cryptocurrency available in countries that need it the most, and to those who were previously unable to access traditional banking.

On the downside, Bitcoin can be used by criminals who are looking to hide their identities, traffic in illegal goods and services, and launder money.

One of the biggest challenges for Bitcoin is to become accepted by merchants for services and goods.  Though more and more businesses have been accepting Bitcoin in the past few years, the vast majority have not yet done so.