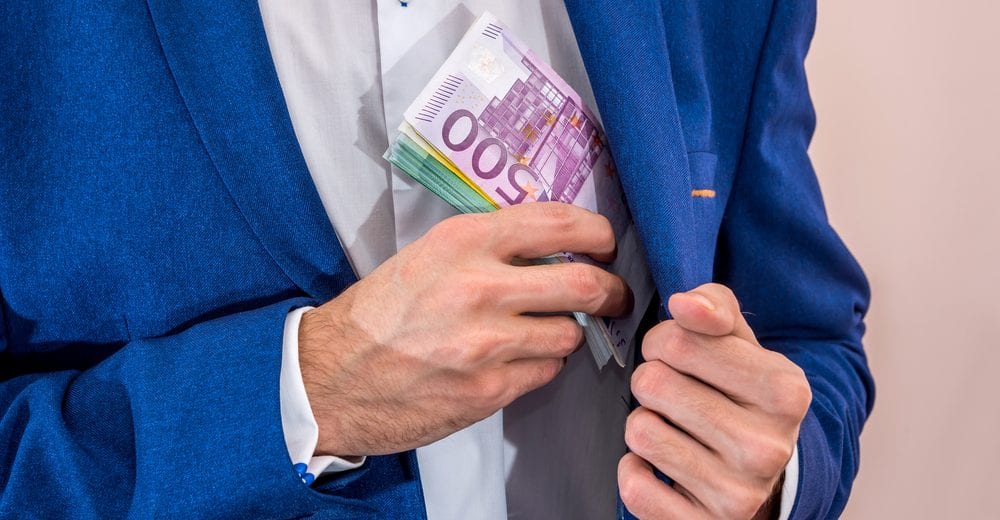 The NGO’s annual report measured the society’s decreasing tolerance for corruption by measuring the number of whistleblowers across the variegated sectors of South African society.  The year 2016 saw 4,391 reports of corruption to the organization, up substantially from 2012 when the organization began its work.  The reports came from members of the public all the way up to officials in public service and ministers of the Cabinet.

Corruption Watch’s Executive Director, David Lewis, noted that the reports help identify areas of corruption, which can be used to then combat corruption more effectively:   “It points to greater levels of awareness and urgency among communities to rise up against corruption. This data creates the opportunity to target corruption in specific sectors.”

Ronald K. Noble, founder of RKN Global, applauds South Africans for reporting corruption.  It is ultimately the public that has the power to successfully reduce corruption.

The creation of a whistleblowing culture—where people call out and report corruption when they encounter it—is an important goal for any society.  One specific question which has been discussed about how to achieve that goal is whether anonymous reporting methods undermine the whistleblowing culture, or support it.

In certain contexts, such as sport organizations and corporations, there exist options for anonymous reporting, including both apps and hotlines.  The goal is to encourage reporting of corruption, on the assumption that some will be too scared to come forward if they are not anonymous, for fear of the consequences to their job or some other type of personal retribution.  A number of years ago, the head of the South African Institute for Security Studies, Daryl Balia, argued that these anonymous hotlines and apps undermined a whistleblowing culture and a culture of integrity in an organization or society.

Balia argues that given the option of a hotline, many more people who would otherwise report directly will now report anonymously in order to provide themselves with greater protection from retribution.  This causes the loss of the advantages of direct reporting, which include being able to interview and take evidence from the whistleblower himself or herself.

Another argument against anonymous means is that they lead to too many complaints of corruption, and organizational or governmental authorities will be overwhelmed and unable to handle them or distinguish the legitimate reports from the host of illegitimate ones.  Balia points to the troubles faced by the United States General Accounting Office in the late 1970s and early 1980s.  Of 90,000 phone calls received via anonymous hotline reporting, 13,992 needed further investigation.  In the end, only 1,589 of the reports had any substantive basis.  That is a tiny percentage and a huge morass of false or unverified reports to have to plow through, requiring a huge drain on resources.

There is another side to the story, of course.  For one, whether anonymous options should be offered to report corruption depends partly on the amount of perceived danger to the whistleblower.   In circumstances where there is significant disincentive to report corruption for fear of consequences, then anonymous hotlines or apps are more appropriate.  Furthermore, even the option to report anonymously—by hotline or app—creates an awareness in the mind of perpetrators that they might get turned in, which is a disincentive to fraudulent or other criminal behavior.  In this way, even anonymous reporting methods can be advantageous.

Ronald K. Noble, founder of RKN Global, suggests that different circumstances and fields might benefit from allowing reporting and whistleblowing in different ways.  The essence is to create a culture where wrongdoers are held to account by others, a culture where integrity is the goal and the benchmark.