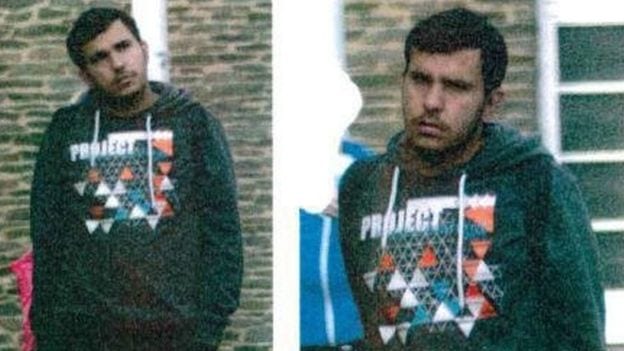 The arrest by German police of Jaber Albakr, a 22 year old Syrian refugee with ISIS ties who was suspected of planning a suicide bombing at a Berlin airport, but who had eluded capture by police in a raid last Saturday, is most welcome.  The Syrian immigrant roommates of Mr. Albakr who reportedly recognized him as a suspect, subdued him, and alerted authorities deserve the highest praise.

RKN Global praises the cooperation between the public and German police leading to the location and arrest of the fugitive suspected terrorist Jaber Albakr.

Cooperation between the police and the public is essential in the fight against terrorism and serious crime.

There has been great criticism of Germany and other countries for agreeing to let Syrian refugees in.  The capture of Jaber Albakr is an example of how members of the Syrian refugee community in Germany can be part of the solution.  Had they not turned in Mr. Albakr, he could very possibly have fled Germany and entered another EU country or other country participating in the border-free Schengen zone, where he may very likely have found support and aid from terrorist cells in those countries.  The first lesson from these events is to recognize that members of the refugee community itself can and do provide us with much needed information when we are searching for suspected terrorists within their community.

While it is true that Albakr was arrested in Germany, he could easily have escaped to another Schengen member country and from there to just about any country in the world if he had a stolen or fake passport.  This leads to a third lesson to take away from the manhunt for Jaber Albakr: the need for border screening.

RKN Global’s founder, Ronald Noble, published an opinion editorial in the New York Times almost a year ago entitled “Europe’s Welcome Sign to Terrorists,” warning the European Union about the risks of failing to systematically screen the passports of those crossing their borders.

So even though we should praise the successful arrest of suspected terrorist Jaber Albakr by German police and the cooperation between the public and the police, we should remember that we all remain vulnerable to a terrorist on the loose in any one of our countries.  Therefore, the fourth and final lesson of the Jaber Albakr manhunt is for the police to get as much information about any suspected terrorist on the loose in their country into the public domain and into police databases worldwide as quickly as possible.  By doing so, they will increase the likelihood of quickly arresting suspected terrorists and allowing all countries a greater chance of protecting themselves from dangerous terrorists.