RKN Global on Identity Theft from the Dead: Corruption Seeks Every Crevice of Opportunity

Home / RKN Global on Identity Theft from the Dead: Corruption Seeks Every Crevice of Opportunity 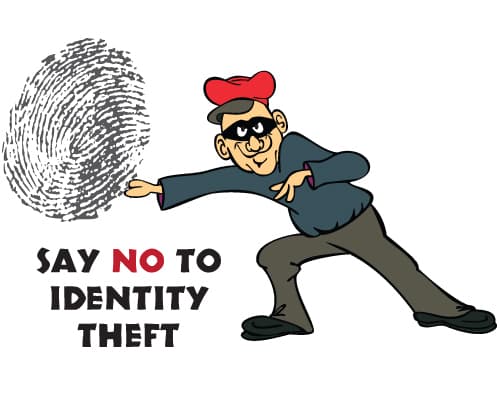 RKN Global on Identity Theft from the Dead: Corruption Seeks Every Crevice of Opportunity

Identity theft and identity fraud remain significant areas of crime largely because the opportunities are so plentiful to engage in them.  Few people take even basic steps to protect their identities, including protection of their personal information, maintaining online vigilance, and checking their credit reports regularly.  This is even more so when the victim of identity theft is no longer alive, and it falls to grieving and overwhelmed family to do so.

Perhaps the perpetrators of identity theft of the dead believe that they are committing a “victimless” crime, since the person whose identity they steal is no longer alive.  Yet nothing can be further from the truth—stealing the identity of the dead causes great harm and distress to their surviving families and the good name of their loved one; the identity fraud that is committed with the stolen identity to open lines of credit and make purchases directly harms the businesses and people stolen from.

Over 800,000 dead become the victims of identity theft, amounting to a whopping 2,200 per day.  More than 1.5 million more become victims of “accidental” identity theft, where thieves concoct a fake social security number that happens to match a dead person.

Because death records take months after a person dies before they are disseminated to the full range of banks, credit bureaus and government agencies, identity thieves have a comfortable window in which to open lines of credit, make purchases, and even file tax returns in order to get refunds in the name of the deceased.  Many of them glean personal information, such as the deceased’s date of birth and home address from the deceased’s obituary.  The person’s social security number can then be purchased illegally online for between ten and twenty dollars.

Though families are not responsible for these thefts, they suffer emotionally on hearing the way their loved one was abused.  72 year old Johnnie Salter died with only two credit cards to his name, yet within months of his sudden death, criminals had made 21 credit card applications in his name, stolen $10,000, and purchased a car.  Even dead children, whose parents so acutely feel their loss, are victimized.  Thieves filed tax returns in the name of Loie Hammond, who had died at age three.  Her parents described the discovery as an emotional punch in the gut.

Ronald K. Noble, founder of RKN Global, highlights the importance of taking preventative measures to prevent identity theft from loved ones who have passed away.  Don’t list important information like dates of birth or the deceased’s mother’s maiden name in the obituary; notify the credit reporting bureaus of the death by supplying them with a copy of the death certificate; report the death to the Social Security Administration, cancel the deceased’s driver’s license, and continue to monitor his or her credit report.

The steps will make it harder for criminals to target your loved ones in order to steal from others in their name.