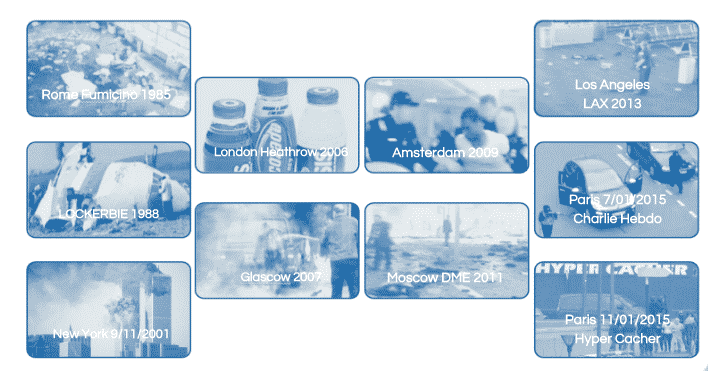 The threat of global terrorism continues to grow — almost daily. Fortunately, UK Prime Minster Theresa May is advocating measurable actions to tighten aviation security and protect countries the world over from terrorism.

Ronald Noble, former INTERPOL Secretary General is applauding her efforts. However, he recommends further steps be taken. His company, RKN Global, is leading the way for advanced airport security. As Secretary General of INTERPOL, Ronald Noble identified the risk of terrorists boarding planes using stolen passports as one of the most serious security threats confronting the world.  Noble recalled that as far back as 1992, Ramzi Yousef, the convicted mastermind of the first world trade center bombing on 26 February 1993 entered the US using a stolen Iraqi passport.  Thereafter, countless other terrorists and dangerous persons used stolen, fake or fraudulently altered passports to cross borders.

Here are some examples:

RKN Global believes that disrupting terrorist travel remains an effective part of the solution to fighting terrorism linked to airlines:

To disrupt the ability of terrorists to travel and operate internationally, we must focus first and foremost on stolen, fake and fraudulent passports used to cross borders.  But in today’s world where terrorists use one passport to cross a border and another passport to get on airplanes, open bank accounts, stay in hotels and even get jobs, we need to screen passports at borders and inside the country.  The U.S. 9/11 Commission Report noted in this regard that “For terrorists, travel documents are as important as weapons.”

RKN Pass is an important part of the solution to help governments and private sector entities detect terrorists, dangerous criminals, and other persons of interest at the borders as well as within their country.  It is the screening solution that can help keep your country safe.