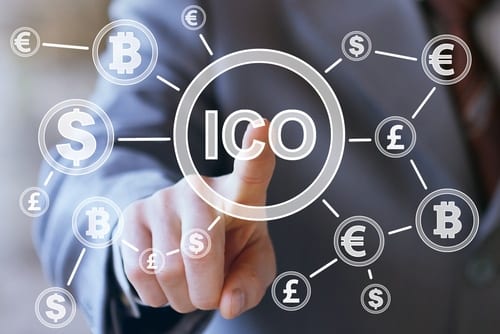 Financial markets throughout the world are becoming increasingly better regulated;  security has tightened up and scams are now rarer than they have been before. Scammers do not seem to be too worried about these developments, since they have an even better avenue to exploit when it comes to scamming – cryptocurrencies.

The latest innovation in the fintech sphere comes in the form of decentralized cryptocurrencies like Bitcoin. The decentralized nature of these digital currencies makes them unregulated for the most part, and scammers are trying to capitalize on these “greener pastures.”

While cybercriminals resort to theft, hacking and Ponzi schemes, ICO scams are worthy of their own examination.

An Initial Coin Offering project is considered to be an exit scam if the money that was raised during pre-sale or during the conduct of the ICO is stolen and the team that conducted the ICO vanishes. That means the theft was premeditated and well-planned. Here’s a look at two of the biggest exit scams to date.

December 2017 saw the SEC stop the PlexCoin ICO. This was in response to claims being made that the founder of this ICO project was going to exit scam investors.

According to the complaint that was lodged against the scam’s leader, Dominic Lacroix, the PlexCoin ICO was promising returns of over 1,000% on investment. Lacroix managed to convince investors to get involved with the ICO by making use of fake experts, and he tried to cover up his past crimes in the financial world. In one of the previous crimes he was involved in, he had committed fraud through micro-loans.

The SEC froze all of the $15,000,000 accumulated by the PlexCoin ICO, the company was fined $100k, and Lacroix has been sent to jail. The exit scam, if it had not been stopped, would have been the biggest exit scam to date, worth $15 million.

This ICO project made claims that it was going to use blockchain technology to create a unified system for frequent flyer and similar programs. The white paper for the ICO seemed legitimate, and everything from the marketing to the number of members on the team made it look like the real thing.

Furthermore, the hype generated by this appearance of legitimacy and promising prospects managed to attract, engage, and convince a lot of investors.

Things started to fall apart for the Benebit ICO conductors when someone noticed that the photographs being used for the Benebit team were actually taken from a school in the UK. The details for identification which the founders presented to the people were not real.

Once the Benebit ‘founders’ were called out for this, they started to take down everything that had anything to do with Benebit, and the perpetrators of the exit scam ran away with an estimated $3 million to $4 million.

The Need for Identity Verification of ICO Founders

It is because of exit scams like these and the more recent Prodeum exit scam, that identity verification when it comes to fundraising projects using cryptocurrencies is an absolute necessity.

Everybody in the world of cryptocurrencies is well- aware of the concept of Know Your Customer, but what about the ‘founders’ of the ICO projects? Identity verification should work both ways.

Better security measures are needed. Even though identity verification may go against the concept of anonymous payments systems, it is becoming a necessity in the light of capital raising ventures being turned into exit scams.

Figuring out better solutions to prevent scams like these will help curb the cybercrime and theft being committed through the nascent and largely unregulated world of cryptocurrencies.