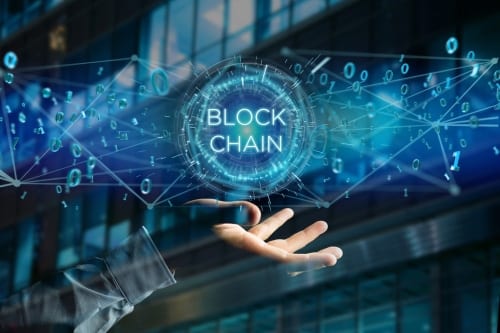 Productivity and technology have gone hand in hand for years. However, labor productivity has been dwindling since the 1990s and appears to be at a nadir. One of the biggest weaknesses in the system right now is the flow and movement of money. While it is nearly costless to send an email across the globe, it is a lot more difficult to send a dollar to another country.

This is where the blockchain can play a role by facilitating the flow and transfer of money, whether for purchases, payroll, invoicing, or receiving payment.

Blockchain has great potential to improve productivity not only in government, but in the private sector as well. Its secure, decentralized storage is encrypted in a way such that the information is available only to its users. Blockchain may well usher in the next big productivity revolution.

How is blockchain helpful?

Blockchain is an online open ledger that ensures that all transactions taking place are recorded in a shared database. Transactions are validated within that same decentralized shared database, and the blockchain is thus protected attacks from third parties.  The blockchain requires no validating authorities present in the middle of transactions, which increases efficiency.  You can get more work done using fewer resources, which is the key to high productivity.

The first and the second Industrial Revolutions contributed massively to the growth of productivity, as did revolutions in computing, before productivity began to slow again.  With the introduction of the blockchain, an IT Revolution may be at hand. Since we are residing in a more information and data-based world, more than 90% of financial transactions are conducted digitally. Blockchain can improve the way this 90% works.

For example, blockchain technology could be applied to enterprise asset management by keeping track of physical assets, which in turn leads to higher productivity and operational efficiencies. It could also be used to protect digital identities for financial institutions, telecommunication companies, and can reduce the cost of cross-border transfers.  All of these contribute towards getting more work done from fewer resources!