Bitcoin With Vigilance Is Worth The Risk

Home / Bitcoin With Vigilance Is Worth The Risk 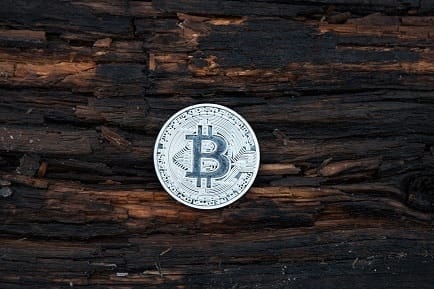 Bitcoin With Vigilance Is Worth The Risk

Following the substantial increase in the value of the digital currency market, Bitcoin has transformed the traditional medium of exchange. Bitcoin is a virtually existing form of currency for making digital transactions and payments. In recent years, its value has reached new peaks and is proving itself better than the conventional system of currency exchange in some key ways.

There is no doubt that risks are involved in a Bitcoin-based transaction. But many benefits are just as apparent. Bitcoins eliminate intermediaries. The value of a Bitcoin is decentralized; it does not depend on a few fund-controlling parties like banks in the case of standard currency exchanges. Bitcoin has owners and the flow is distributed. There is no possibility for the fall in its value by manipulating its supply. The reason is that Bitcoins’ increase in value takes place at a stable rate and is limited by a quantity of 21 million units. It is created and then divided every four years.

Bitcoin is free of service charges. This means that there is no single proprietary entity that holds its rights – it’s an open source of technology. The currency is free to be exchanged using a private key, making it a safe and reliable source to trust as well as invest in. Bitcoins provide its customers an open market to invest without any rules and regulations set by the banks or government. Notably, Bitcoins are valued on par with gold. So cross-border transactions are also easily possible using Bitcoin.

Bitcoin ensures the protection of one’s privacy. It is nowhere linked to one’s name or address, so if a person wants to stay incognito, he or she can make the transaction through a Bitcoin account, which is numbered. Therefore, no one knows who holds a particular account. Also, one entity can possess more than one account. The downside is that this anonymity equally promotes some illegal activities and makes it difficult for authorities to track down someone making payments for illegal activities.

Bitcoin is a great tool for making payments online. It’s like an e-wallet, which allows its users to buy goods and services with any digital device. However, experts are far from unanimous in endorsing its usage and continue to monitor its progress with a skeptical eye.

The case of India is instructive, as the country has witnessed an increasing number of Bitcoin exchange users, accounting for up to 5,000,000 downloads of the app. As the user base grows, the pressure on the government substantially increases. There have been a rising number of petitions being put up, one being directed to Finance Minister Arun Jaitley, pleading him to legalize Cryptocurrency and Bitcoin in India.

The regulatory norms are still not very accepting towards such foreign currencies and rely more on nation-built modes of payment, especially when some technology is often associated with cyber-crimes, money laundering, frauds, and trafficking. There is a long road ahead, but with smart oversight, the future of cyrptocurrency is bright as demand continues to grow.