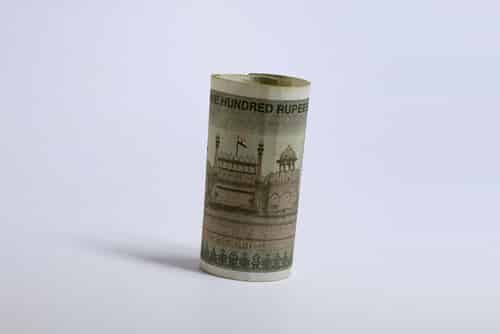 The importance of citizens in India – and all over the globe – having accounts at banks or financial institutions cannot be overstated. The current banking rules require that a person provide proof of residence and have a face-to-face meeting with the financial institution’s officials prior to being granted permission to open an account. For people in India’s rural areas, especially in disadvantaged communities with limited transit access, these hurdles stymie their progress as far as opening a bank account is concerned.

In a country of 1.4 billion people, having access to basic financial tools, like a bank account, is still far too difficult. In effect, there are two Indias: one is an educated mass, often living in cities, that can study the available financial options and deposit money in banks according to their needs; and then there is the uneducated poor section of society that often lives in undocumented housing, walled off from access to basic banking facilities. Therefore, this section of the population must rely more on other, inefficient sources for credit, such as moneylenders.

In the early 2000s, massive government programs were launched in order to further regulate the banking system in rural India. However, individuals opening accounts have faced severe difficulties while proceeding through the customer identification and verification processes.

One of the main problems that India faces is that the prospective customers, situated in far-flung rural areas, lack access to basic banking facilities. Also, opening up a bank account without sufficient proof of residence is a cumbersome process. Essentially locked out, many find it more convenient to avoid the banking system altogether. As a result, hawalas – or informal trading networks – were created and have grown in popularity due to the ease with which citizens can access as well as benefit from them. They also end up opting for easier and more traditional methods, including cash transactions.

Another significant flaw with the current banking framework is the way these institutions routinely make profits even as they ignore the poor. Earning higher interest on loans and larger deposits incentivize banks to seek higher profit margins, instead of serving the poor.

Allowing more consumers to open bank accounts with simpler and fewer bureaucratic rules is required to ease the growing ‘Digital India’ complexities. An Indian whose identity has been authenticated, verified and documented via an Aadhaar number should not be required to produce any other form of identification prior to being permitted entry into the banking system.

In the recent years, there was a shift of focus towards opening ‘zero-balance’ accounts under various government schemes. The reason behind it was to promote wider access to basic banking facilities. But the no-frills accounts that were opened in this period remained dormant or unused, indicating other deeper problems that were not remedied.

Developing countries like India need to focus more on various financial literacy programs. Knowledge of offerings like the ‘Bill & Melinda Gates Foundation Financial Services for the Poor Program’ and other state-sponsored financial literacy programs ought to be imparted through weekly courses that aim to educate the poor, thus increasing their capacity to save money and understand the banking industry. It will enhance their financial literacy by making it a core part of their routine. Digitally connecting the pool of all the underprivileged communities will serve to reduce the rich and poor client gap in the banking sector.

To make a sound financial decision, the client must be well aware of the various financial tools and products that suit his or her preference. Numerous tailoring methods can help them save, and, at the same time, garner access to banking facilities in case of emergencies.

Added to that, just like any wealthy businessman, a rural resident should have the opportunity to yield returns on their savings, while ensuring the safety of their deposits. Thus, knowledge of the best financial tools available is very much required by them as well.

The government, banks and financial regulators need to focus more on removing these common problems that are faced by rural populations, especially in a country like India where the majority is poor. Also, as an identity-proving document, the usage of an Aadhaar card could ensure easy financial accessibility for all sections of the society. Ease of access may result in a flourishing banking sector.

With the government’s recent establishment of norms designed towards digitalizing India, there is now a greater focus on mobile banking for almost 800 million users in the country. Unquestionably, this must be combined with various literacy programs that can create robust progress in the banking sector.

The future holds much promise for both India’s banking industry and its potential customers.