Home / What is the Difference between Gaming and Esports? 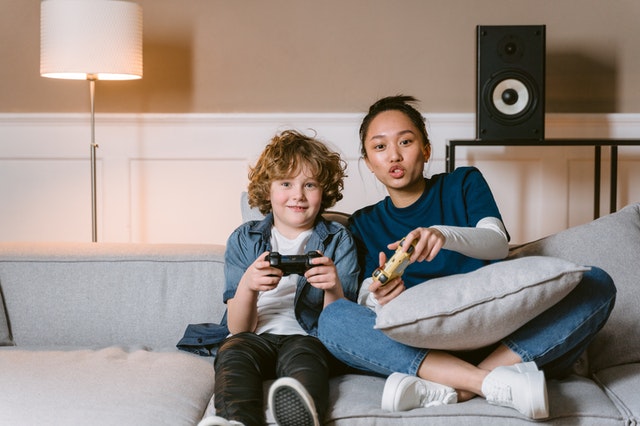 Gaming and esports are terms you will likely encounter used together. Most brands and fans, will use the terms interchangeably, which can  lead to confusion. But are they the same? What is the difference between gaming and esports?

In this article, we will cover the meaning and definition of each of the terms and the differences between the two.

Gaming refers to the activity of playing electronic games through various mediums such as PC, gaming consoles, computers, and mobile phones.

One characteristic you will find among gamers is that they do it for fun. They could be engaged in multiple games, casually playing when they have the time for it. In most cases, these gamers are not looking for the competitive element of gaming. Instead, they want to enjoy the experience.

Although gaming might involve some competitive elements, these games are usually not esports.

Esports are a type of gaming where players compete against each other. They are also known as competitive video gaming and professional gaming, due to the competitive elements involved.

Esports have rankings and real rewards, such as cash. In esports, players come together in teams, similar to what we see in traditional competitive sports such as soccer.

Professional esports players take professional gaming as a serious activity. They take their time learning gaming strategies and improving their skills in one or more games to compete against other players or teams in esports competitions.

The Differences between Gaming and Esports


We have established that gaming refers to the general act of playing video games, and esports refers specifically to competitive and professional video gaming. Some of the differences between the two are as follows:

In esports, players primarily compete against each other with audiences present. On the other hand, gaming, including multiplayer gaming, often involves non-players such as bots.

The main distinguishing factor between gaming and esports is the competitive factor in esports. Casual games may or may not have competitive aspects, but for esports, competition is a necessary feature.

Gaming does not include live matches while in esports, live matches are a major part of the ecosystem. These live esports matches attract massive audiences depending on the game. This allows for esports players to establish it as a sustainable career path.

Both esports and casual video games have rewards. It could be earning gold coins in the game or upgrading your abilities in a shooter game. However, for casual video games, most of the rewards are in-game and cannot be used in the real world.

In esports, however, players have the opportunity to earn real-world rewards, including cash, in tournaments. They can be employed by gaming companies as team members to play against other teams in esports competitions.

People often refer to Esports and gaming interchangeably, to the point where they may seem to be the same thing. However, gaming refers to the act of playing video games, competitive or not, while esports specifically refers to competitive videos games that are played as a professional sport.