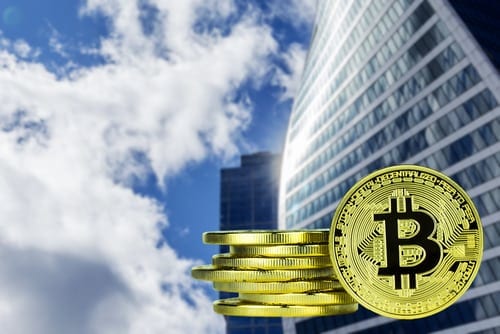 Ever since the conception of Bitcoin in 2008, its legality has been hotly debated. It’s still common to hear Bitcoin and other cryptocurrencies described as “criminal money” by people who have heard about its use on the dark web, and those claims are, indeed, legitimate.

That being the case, it would be dishonest to argue that Bitcoin doesn’t have some negative aspects when it comes to legality. However, it seems that this is intrinsically true of any technology. The question we should be asking is: do the costs outweigh the benefits?

Let’s get started with the element that enables most of Bitcoin’s features — the blockchain. For anybody who doesn’t know, Bitcoin’s blockchain is a public, digital ledger that chronologically records all of the transactions made in Bitcoin. It is built using cryptographic algorithms such that new Bitcoins can be mined (i.e. created) and transactions can be verified without involving a central authority, which is why you’ll often hear cryptocurrencies referred to as “decentralized.”

The blockchain enables pseudo-anonymous peer-to-peer (P2P) transactions. In other words, people can send and receive Bitcoin without involving a third-party or having to prove their identity first. This makes it quick and easy to use for criminals, which is why Bitcoin developed its reputation as “criminal money.” However, transactions are not fully anonymous because the blockchain is a permanent public record of every transaction that has ever occurred with Bitcoin, and so it is possible to analyze the blockchain and to use other information in order to link people’s identities to their Bitcoin wallets and thus to unlock their entire transaction history.

One other drawback of decentralization that can be used to argue against the legality of Bitcoin is that not having a central authority also means that there isn’t a way to artificially stabilize the Bitcoin market in the way that governments are able to stabilize fiat currencies. That leads to extreme levels of volatility and risk for investors, and so it’s possible to argue that governments should make Bitcoin illegal to protect citizens from potentially losing a lot of money.

So the case for Bitcoin prohibition centers around those two issues — criminal use and protecting investors from financial losses. Now let’s look at the positives of Bitcoin and decide if they outweigh the negatives.

Because the creation of new Bitcoins is determined by an algorithm, it cannot be counterfeited. Moreover, there is no possibility for a central bank or government to create hyperinflation of the currency such as what happened in Zimbabwe and, more recently, Venezuela. (https://www.economist.com/news/americas/21695934-venezuela-today-looks-zimbabwe-15-years-ago-spot-difference)

And while the fact that anybody with an internet connection can use Bitcoin makes it popular for criminals, it also makes it a censorship resistant way for people to achieve financial independence in the face of political uncertainty. Not only that, the public ledger provides an alternative to the corruption that might otherwise exist within corporations, banks, and governments.

Finally, there’s the bright side to all the Bitcoin hype and the financial risk that many investors are taking on because of it. That is, the success of Bitcoin and other cryptocurrencies generates strong interest in the technology which promises to drive further innovation that makes our civilization run more fairly and efficiently.

There’s no denying that Bitcoin isn’t perfect. As with any nascent technological or commercial advancement, Bitcoin must be accompanied by smart regulatory oversight that doesn’t stand in the way of innovation. Consumers, businesses, governments, and law enforcement will have to adjust and evolve as the impact of cryptocurrencies spreads throughout society, just as they have done with the internet itself.

There will surely be growing pains. But to render a promising advancement like this unlawful would be shortsighted and unwise. Instead, let’s work together to make the impact of Bitcoin and all cryptocurrencies as positive as it can be.