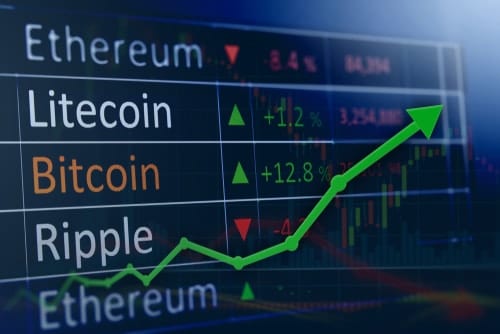 Cryptocurrency investors do not make much profit

The crypto currency market is doing pretty well, as the price of Bitcoin (BTC) has reached the mark of USD 8,000 again (USD 8,222 at the time of writing). But the report paints a less rosy picture: only about 5% of cryptocurrency investors have made financial profit from Bitcoin.

The report notes that only 7% of Britons think that Bitcoin is more valuable than stocks. In addition, the report says that the range of sentiment among people in Britain ranges from lack of understanding of cryptocurrency to no confidence in it. It also argues that Bitcoin fever is a bubble waiting to burst (a much debated topic!)

The research, which was based on a total of 2,007 respondents, did say, however, that the crypto market in the country is very strong, with cryptocurrency trade thriving.

More interesting figures from the report

Over 3 million Brits have invested in crypto markets by using an e-trading platform, according to the report. But only 5% of those 3 million took any kind of advice from a cryptocurrency investor, an expert or a financial advisor.

Moreover, about 2.5 million of Brits have invested in cryptocurrency quite casually without even understanding the investment completely. The investment group report asserted that Britons fundamentally do not have sufficient knowledge or information about cryptocurrencies: “In fact, many have no knowledge about the subject whatsoever.”

The company’s CEO expressed concern for the public ignorance:  “I do not believe this is a reflection of UK investors’ risk profile, as a positive appetite for alternative finance remains, but to see that investments have been made without proper financial advice and a lack of facts and education is very concerning.”