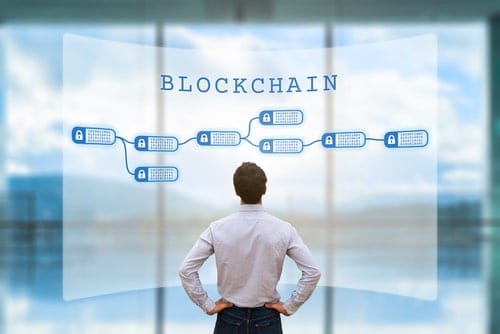 One of the initial advantages of blockchain technology was to avoid the restrictions of central governments by having a decentralized, independent system. Ironically, the technology is now being considered by many governments which see its potential to improve their operations. Some governments are taking the lead in implementing the technology, and many others have plans to adopt it.

In mature, established economies, proponents of blockchain technology hope it will not only save money but improve existing services. In emerging economies, governments are excited about using blockchain technology to address issues such as the lack of essential public services. Keys to successful implementation depend on education and application.

What does blockchain technology offer governments?

Blockchain technology has certain inherent qualities that can assist governments. Data is recorded at each step of a transaction, and is secured and can only be accessed by approved stakeholders when necessary. ‘Who’ is accessing the data and ‘when’ it is accessed is recorded and accessible. Determining authenticity of data and checking identities of owners is made possible.

Each distributed ledger is not maintained or stored by one entity but by many users in a decentralized system. All changes appear on each user’s ledger copy and are encrypted in such a way that they cannot be deleted or changed. Each new block is permanently linked in an unbreakable chain.

How can blockchain benefit ordinary citizens?

In the digital age, many transactions where citizens interface with governments still require bringing personal documents, standing in line and getting the required government stamp, a process which is mistake-prone and inefficient. Blockchain technology could enable any citizen to automatically transact with the government without having to wait in line at a government department. They would be able to do so with complete trust, knowing that the transaction was being certified.

Blockchain could be used to digitize record-keeping of births, deaths and other personal details. The database would form the foundation and transactions would then take place for various services, such as performing a background check.

It can help with social welfare benefits: blockchain uses ‘time stamps’ that record exactly when something takes place, like a birth or a death. ‘Smart blocks’ can self-execute when a trigger is reached. An example of this would be a person losing a job and his or her unemployment status triggering automatic unemployment benefits.

With blockchain, voting could be done directly from home, reducing costs, errors and probably increasing the percentage of people voting. Once votes are cast, it would be virtually impossible to alter them. Many people believe that blockchain technology is the answer to making future elections more secure.

In the U.S., states are taking the lead

A recent Congressional report in the U.S. recommends that the government look at blockchain technology to make it more efficient. In the report from the Joint Economic Committee, no real specifics were given on how functions could be improved. The paper’s authors did mention that it could prevent errors in data and reduce the burden of paperwork. One application it mentioned was the management of the electrical grid and utilities.

On the federal level, paying taxes, receiving social security and veteran’s benefits, getting passports and other services could all be streamlined by using blockchain technologies. Different government departments could coordinate easily, sharing relevant details to reduce bureaucratic delays. Any data recorded once in any department could be requested by another department. Budgets could also be allocated to various departments, releasing funds automatically when certain milestones were reached.

At the state level in the U.S., Illinois has been actively cultivating and investigating the use of blockchain technology. It is keeping a light touch in terms of governance, supporting the building of a blockchain ecosystem and promoting government integration. It’s not the only state that recognizes how government can foster the technology. Delaware has passed a law that allows companies to use blockchain technology to communicate with shareholders as well as to store and transfer securities. Initiatives in the U.S. are seen more on the state level than at federal level at this point.

Public and private sectors will need to co-operate

Blockchain technology has the potential to transform the way businesses operate. It will have a great impact on accounting, auditing and any other process with data lineage.  Banking institutions are looking at ways of using the technology to eliminate certain administrative processes.

In the public sector, governments in Europe and Asia have been looking it as a way to consolidate and link records. Sweden is testing a land registry that is based on blockchain technology. Dubai wants to run its whole government on distributed ledger technology by the year 2020.

The public and private sector will need to collaborate for blockchain technology to be implemented successfully. Regulations would need to be put in place and welcoming environments created for startups. Introducing blockchain strategies at national and local levels could offer competitive advantages.

Emerging markets are likely to lead the way

The governments of emerging markets are more open-minded about using blockchain-based solutions because of the obvious problems the technology could solve. Identity management through a blockchain-based solution is one compelling benefit. Another benefit could be in the delivery of social welfare benefits. Cash is often currently used to pay benefits in rural areas.

A new kind of governance

A private blockchain has efficiency as its main goal, whereas a public blockchain is important for decentralization, independent security, and interoperability. Governments need to look at how to leverage public blockchains. Many countries around the world are taking blockchain technology seriously. It could signal the beginning stages of a new kind of governance with closer and more secure interaction between government, the private sector, and citizens.