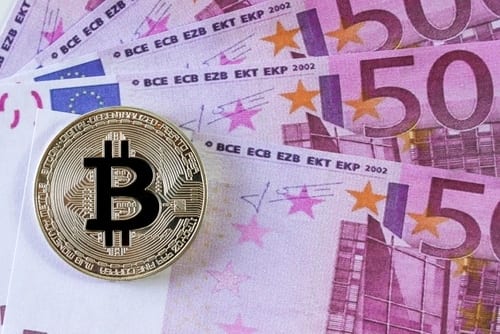 The hype surrounding Bitcoin has been on the rise recently. With its price increasing by more than $4,000 this year, Bitcoin is a phenomenon many former sceptics are beginning to embrace. Amid this period of growing acceptance, however, the need for a larger block size, faster transactions, and lower fees led to a consensus decision that it was time to divide the cryptocurrency into two. This fork was established on August 1 of this year, and it created the division of Bitcoin into two: the traditional Bitcoin on the original blockchain (BTC), and the new (and supposedly improved) Bitcoin Cash (BCH or BCC).

What Is Bitcoin Cash?

Bitcoin Cash is a “permanent” division of Bitcoin operating mainly for traders and other users to engage in faster and cheaper transactions. Cryptocurrency enthusiasts call it clonecoin or altcoin. Due to the growth of Bitcoin and the use of Blockstream, large fees replaced the previously small fees. Decentralization and democratization have also seen a decrease.

These escalating concerns about Bitcoin precipitated the hard fork. Bitcoin Cash was born and is expected to reach VISA level by implementing an adjustable block size (from 2 to 16 MB), newer ledger, Rootstock smart contracts, and increased simultaneous transactions. Segregated Witness (SegWit) will be removed as well — to keep the protocol from the proposed SegWit2x (scheduled for November).

Bitcoin ABC (Adjustable Blocksize Cap) is the Bitcoin Core of Bitcoin Cash. The project is set as a full node implementation to introduce every promise Bitcoin Cash has made.

According to CoinMarketCap, Bitcoin Cash is valued near $400 on Korea-based changers Bithumb, Coinone, and Korbit. Other top changers including CEX.IO, Bittrex, Poloniex, Changelly, Markets.com, ViaBTC, ShapeShift, Kraken, HitBTC, Bitfinex, and BTCBOX are trading Bitcoin Cash in the $370-390 range. Keep note that some trade it as BCC while some continue to use BCH.

Furthermore, Bitcoin Cash is not the only Bitcoin fork. Litecoin, which is the oldest, is not even close to the value and strength of Bitcoin today. Last year’s Zcash has underperformed as have Dash, Bitcoin Unlimited, Bitcoin Classic, and Bitcoin XT.

Investor George Tung, the founder of CryptosRus.com, offered his opinion on BCH. He identified that traders are “jumping ship to Bitcoin,” thereby ignoring other cryptocurrencies and rejecting the new BCH. His main argument explaining why BCH is not “king” is the fact that retailers and traders aren’t taking BCH into consideration and have snubbed the fork from the get-go.

The CEO of Direct Outbound, John Monarch, also reinforced this criticism. “Adoption in the real world is near-zero currently,” he said in an interview with TheStreet.

Blockstream chief strategy officer Samson Mow calls the new coin “a healthy dose of greed.” His criticism is that BCH is unsupported in the real world and raised doubts about the prospects for the clonecoin. He also criticized BCH blockchain for “not functioning properly.”

Another very critical expert about the new development is Fitz Tepper, a TechCrunch financial tech writer. Low liquidity, non-acceptance of exchanges, and artificial inflation are few of the reasons he gave a mild down vote.

As of mid-August, the coin was valued at nearly $1,000. Two months later, the price dropped below $300. By October 16, the price went up to almost $400 — which is still quite low when compared to Bitcoin. This instability is another major concern with the new coin.

Bitcoin Cash came into being for few reasons. Among them is the implementation of Schnorr signatures, which in turn will handle transactions faster than other chains. Gregory Maxwell, the CTO of Blockchain company Blockstream, stated SegWit2x is inferior to Bitcoin Cash.

ViaBTC, a mining firm based in Beijing (which has been closed since September 30), was a supporter and expounder of Bitcoin Cash. ViaBTC added BCC (Bitcoin Cash) to the list of cryptocurrency mining pools on its website. Before closing, the firm had mined more than 40,000 coins and 3,000 blocks.

Sam Capizzi, a cryptocurrency analyst and educator, compares BCH to ETC. “BCH will also probably rise in price over time just as did ETC during the ETC/ETH split.” He continued, “Even though ETH was always worth more.” According to this double-edged view, BCH is expected to survive but never worth as much as BTC.

Bitcoin Cash has acquired more than 30% of Bitcoin’s mining power. Jihan Wu, the founder of the world’s largest Bitcoin mining pool AntPool and mining company Bitmain, gave his support of the new coin in an interview. He stated AntPool will be mining Bitcoin Cash and at a discount, too.

Blockchain.info recently announced they are in full support of Bitcoin Cash, allowing users to store BCH in their wallets. These are positive developments for the new currency. Despite limited adoption so far by the public, big names in the industry are increasingly supportive.

Traders, miners and users on all levels have debated the fork’s fundamental question: Bitcoin or Bitcoin Cash? If you consider the latter is deemed to handle bigger transactions at a faster speed and lower fees, it becomes a better option.

On the other hand is the original, established Bitcoin that has experienced the ups and downs of the market for more than eight years.

BCH is practically a better route — the difference may appear to be tremendous…but, it’s mostly found on paper. In the real world, Bitcoin Cash was not warmly welcomed and the exchanges won’t even take a glance at the coin. Bitcoin gains strength day in and day out with 1 BTC equalling more than $5,500 at the present time.

In contrast, another fork is expected to emerge in November. Perhaps the new fork will be met with a different public reaction and steal the show from Bitcoin. 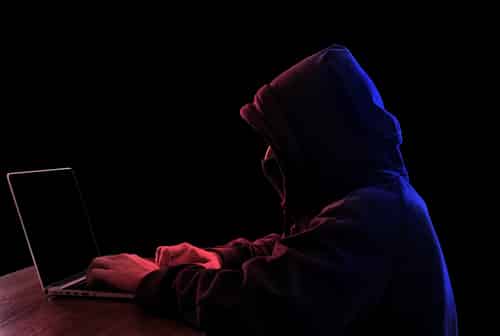 The British government has stated that firms could be fined up to £17m if they do not protect themselves from cyber attacks. The Digital Minister, Matt Hancock, is believed to have said that the fine, which could be up to £17m, is likely to be used only as a last resort.

The fine, a part of the Network and Information Systems directive (NIS), could be implemented from May 2018, making health, water, energy, transport, banking, and financial market providers responsible for ensuring that customer data is protected.

RKN Global’s founder, Ronald K. Noble, sees this move as part of a growing awareness of the interconnectedness of the cyber world and the importance of consistent cybersecurity across sectors of society.

If companies implement the measures and still fall foul of an attack, they will not be fined. The British government has a 5-year National Cyber Security Strategy on which it plans to spend £1.9billion, and the NIS directive is believed to be part of this strategy.

The UK intelligence service GCHQ has spent close to £1 billion on a cyber security programme, but there are concerns that this programme has not worked, leaving people and businesses vulnerable to attack.

A survey of 1,500 UK businesses revealed that almost 50% reported that they experienced a cyber attack in 2016. While new security measures do not guarantee that an attack won’t take place, it is still crucial to do as much as possible to prevent it.  Proper security may prevent customer data falling into the wrong hands. 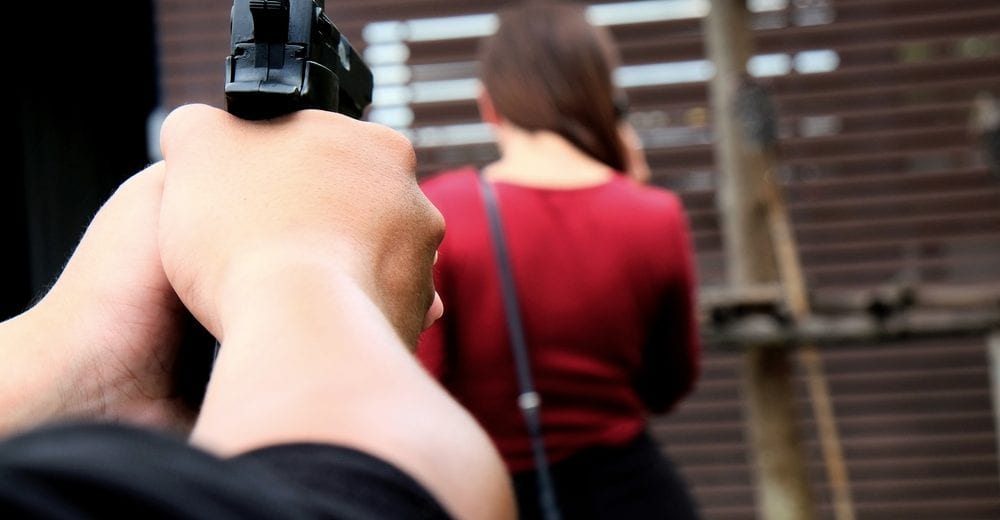 The U.K. recently raised its terror threat to “Critical,” which means that authorities believe another attack can come imminently. Early in September 2017, the terror threat level stood one level below at “Severe,” after the U.K. saw four terror attacks in the space of three months.

British Prime Minister Teresa May was reported as saying that the decision to raise the terror threat to critical came after an explosion on a train in London which injured nearly 30 people. Now that the terror threat has been raised, more troops on the streets are expected, and anyone visiting large, public events will notice a heightened level of security. Airports and railway stations will also see an increase in security.

Neil Basu, the Metropolitan Police Deputy Assistant Commissioner, said that after the “[s]ummer like no other” which involved four terror attacks, he did not think that the threat level would be changed from critical before 2022.

RKN Global’s founder, Ronald K. Noble, observes that official terror threat level assessments help the government in allocation of its security resources.  They also can help the public, highlighting the importance to each citizen of paying attention to his or her surroundings.  Such attention can save lives.

Anyone travelling around the U.K. may face disruption to their travel plans, as more security checks will be taking place. The public have therefore been informed that they may have to allow time for delays while the extra security checks are being carried out.The UK.’s threat level had previously been raised to critical in 2006, when security agencies discovered a plot that involved plans to blow up planes travelling from the U.K. to the U.S.  The threat level has only been raised to “Critical” one time since then, following an attack at an airport in Scotland in 2007.