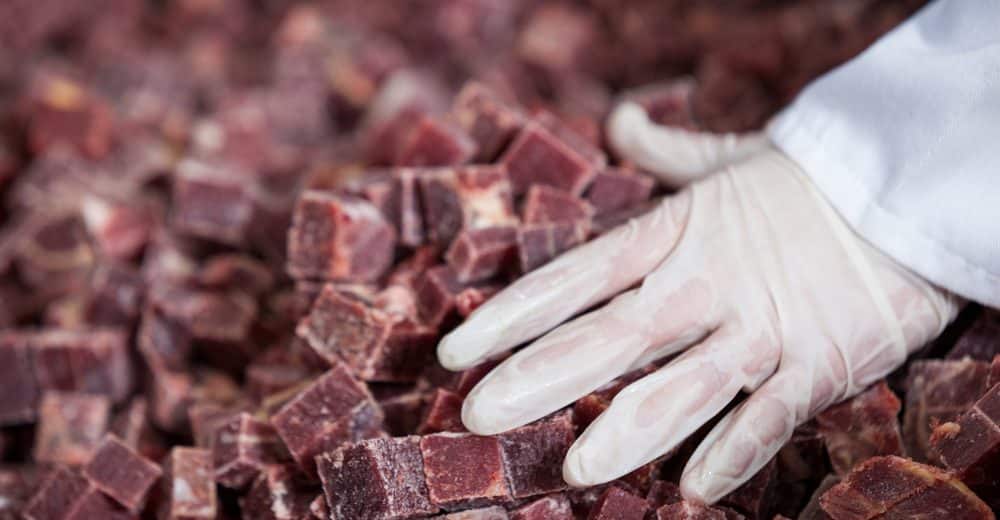 The people of Brazil have been victims far too long of corruption in various sectors, several of which have been examined here on this site previously.  As the third anniversary of the infamous “Operation Car Wash” came, the country’s citizens became privy to a new scandal, this one involving the largest meat-packing company in the world, JBS SA.

Ronald K. Noble, founder of RKN Global, draws attention to this case as a very clear, direct example of how corruption can harm ordinary citizens. JBS SA, and another company, BRF SA, which is one of the largest exporters of chicken in the world, are among many that face allegations of corruption that affects the quality of the meat they produce and distribute and potentially causes direct harm to consumers.

JBS and BRF are two of dozens of firms in the meat business in Brazil who face these allegations that they bribed food sanitation inspectors and officials in order to get approval for the sale of meat that did not meet the requisite health standards for consumption.  Some processed meats allegedly contained pig heads and other parts of the animals that were not fitting for the product, and some products were allegedly mixed with cardboard, and even treated with acid in order to cover up the smell of contaminated or rotten meat.  Other allegations include the re-wrapping of expired meat into new packages and the shipment for sale of salmonella-infected meat.   Most of the meat was apparently for domestic consumption, though some of it may have been exported as well.

Brazil is a global powerhouse in the meat industry, second in the world in the production of beef and poultry, and the biggest exporter of chicken in the world.  These corruption allegations thus have the potential to create an earthquake in the global meat business.

Additionally, some of the companies in question are also allegedly involved in other corruption schemes involving loans and pension funds.

RKN Global’s founder, Ronald Noble, notes sadly that Brazilians have had to endure so many revelations of corruption.  The good news is that since corruption thrives in secrecy, the public nature of these revelations will ultimately benefit the good people of Brazil, the primary victims of this alleged corruption.  The companies involved deny the allegations, and they do deserve due process.  Hopefully, if the allegations in this scandal do prove true, it will ultimately mean a more honest meat industry and a safer meat supply for Brazilians and for customers everywhere. 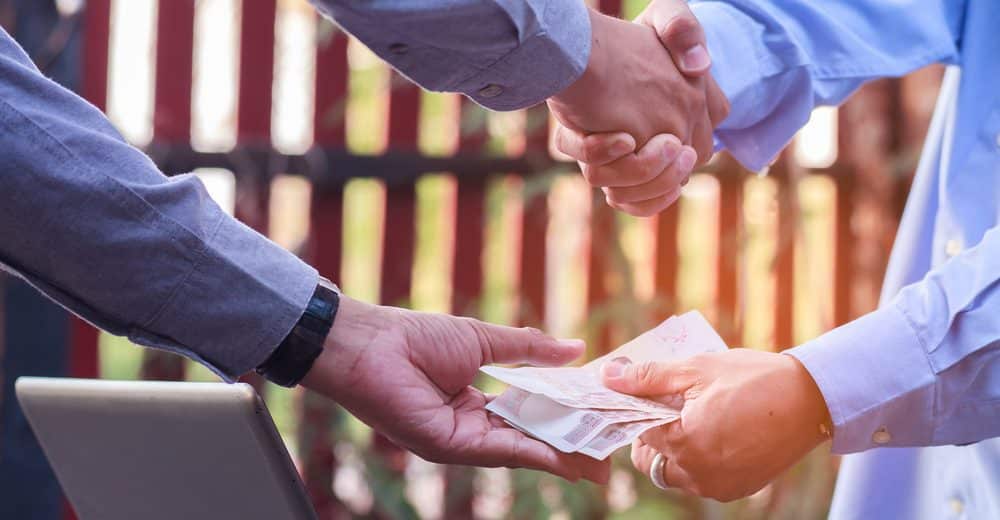 The mayor of Paterson, New Jersey was recently accused of public corruption charges, allegedly involving a bid to provide members of his family with free labor by getting tax payers to pay the workers’ salaries.1 The charges allege that Mayor Jose Torres and three other staff members hired municipal employees to work in a warehouse that had been leased by the mayor’s family.2

Normally, hiring someone to work for family doesn’t sound like such a big problem. But in this case, the arrangement was allegedly carried out at the expense of the tax payers. These alleged acts included conspiring to pay workers for overtime, while exploiting public funds for the benefit of the mayor’s family. The company which was set to benefit from the free labor was known as “Quality Beer”, located in the city of Paterson.3

RKN Global founder, Ronald K. Noble, notes that the use of taxpayer money needs to be tightly and transparently controlled so the public’s money is only ever used in an appropriate way.

Corruption often involves the abuse of power for private gain.4  It can have many consequences, costing people their money, freedom, and in some cases their lives.5

In addition to the charges being brought against the mayor, three individuals who worked with him were also charged with the same crimes. The mayor, along with Joseph Mania, Imad Mowaswes, and Timothy Hanlon, have face six charges in total:

The mayor’s case highlights issue of a public official misusing a power that was entrusted to him for the public good.

The trust that the public had put in their mayor seems to have been undermined by his alleged behavior. In 2002, Mayor Torres ran an anti-corruption campaign against Martin G. Barnes, who had served as mayor of the city before Torres and had previously been charged with extortion.8 Mayor Torres has in fact been a part of another lawsuit which involved city employees reportedly being paid overtime for carrying out work in his home.9 It seems that the most recent allegations  that lawsuit share a common theme: Using public funds to achieve private gains.10

The current charges allege that carpentry, electrical, and painting work had been carried out by municipal employees in 2014 and 2015 at the taxpayers’ expense.11 The warehouse, which is owned by the mayor’s daughter and nephew, is thought to have been used as a distribution facility as part of their wholesale liquor company.12

How to protect yourself from corruption

While we as individuals may not be able to protect ourselves from corruption, whether it’s being carried out by those who work in our government, or the businesses we work for, we can refuse to partake in activities that may not be legal.14 It is important to report anyone engaged in corrupt activity.15

Mayor Torres and his three city employees face up to 10 years in prison for the charges.16  The mayor continues to protest his innocence and says that the charges have left him “extremely disappointed and surprised.”17

Ronald K. Noble, founder of RKN Global urges governments and businesses to work together to combat corruption and foster a culture of integrity.

Corruption affects the lives of millions—even billions– of people all around the globe. While it may be impossible for governments and authorities to fight corruption in “one big sweep”, working on a case by case basis can help.18 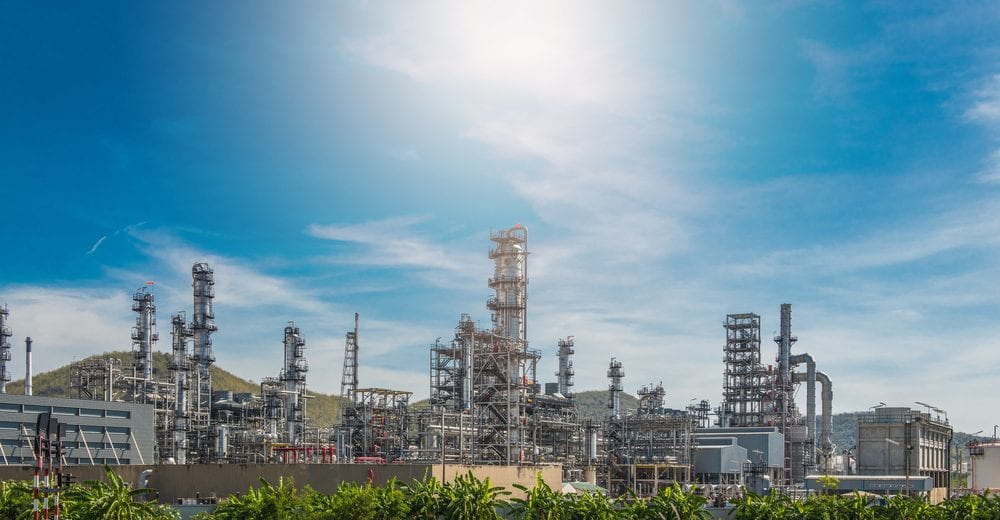 Israeli news outlets have reported that the country’s elite anti-corruption unit of the police, called Lahav 433, arrested over a dozen people following a months’ long “covert operation” into alleged corruption in the Israeli Aerospace Industries, the government-owned manufacturer of aerial and space systems for the country’s military and civilian spheres.  Because of the sensitive nature of the products that it makes and develops, the IAI is known to require security clearance of its employees, and access to its facilities is off-limits to the general public.

RKN Global founder Ronald K. Noble observes that corruption thrives when there is a lack of transparency.  Governments and aerospace industries rightfully require a higher level of secrecy and security in order to protect the public safety and ensure the well-being of the public.  However, the insulation from public oversight that such confidentiality entails creates the opportunity for corruption.

In the case of the IAI, the police arrested 13 individuals, among them a well-known, high-level military officer, as well as employees of IAI, its suppliers, and its customers.  While the specific facts have not yet come to light, the police statement described a pattern of significant corruption: “This is an extensive investigation, with a wide scope, which includes a number of sub-scandals, and raises suspicions of a range of charges — corruption, aggravated fraud, money laundering, theft by public officials, illegal business practices, fraud and breach of trust.”

Ronald K. Noble, founder of RKN Global, reiterates the importance of oversight for public bodies, especially those whose activities are, by nature, confidential.  Undoubtedly, after the legal proceedings arising from this case, there will be public inquiry into what types of safeguards and oversight were currently lacking that allowed the corruption to go unnoticed until whatever incident occurred which triggered the covert police investigation (which was conducted along with the Tax Authority, an investigative unit of the Defense Ministry, and the State Attorney’s Office’s financial crimes unit).

Different confidential bodies will require different types of oversight, depending on the level of confidentiality and the nature of the activities it undertakes.  Certainly, as a general rule, an apolitical panel with high level security clearance (such as members of Parliament from different political parties in Israel’s case) would be a good place to start to provide the requisite oversight in order to protect against corruption in the future. 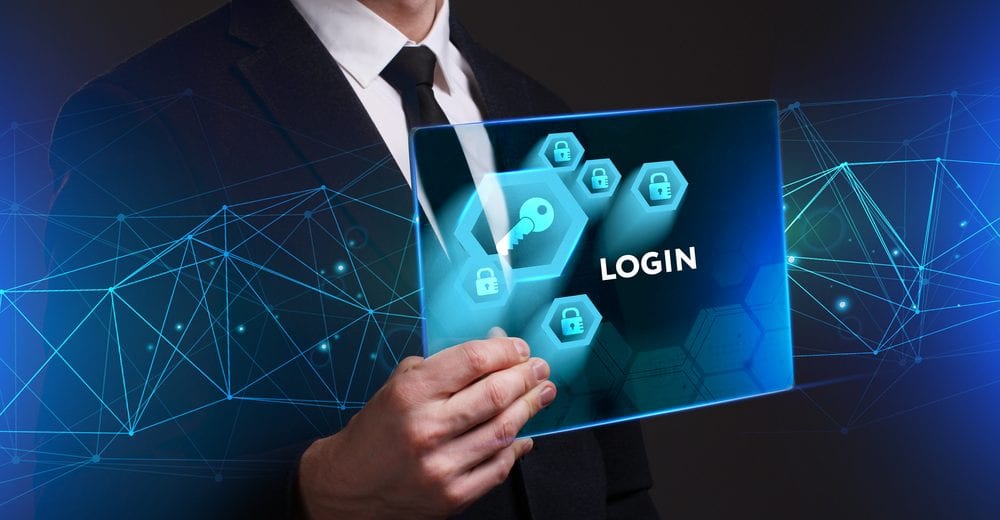 The revelation that the terrorist who killed four people in London in the end of March had accessed WhatsApp a few minutes before his attack has led to a public dispute that pits government authorities looking to maximize crime-fighting and anti-terror capabilities against private sector technology companies and privacy advocates.  The dispute pits the legitimate interest of authorities in fighting terrorism, crime and corruption on the one hand, against the legitimate interest in privacy and protecting the public against criminals, identity thieves and illegal surveillance on the other.

The dispute revolves around encryption, which WhatsApp, along with other messaging services like Telegram, provides.  Messages are end-to-end encrypted, meaning that they are encrypted before they leave the sender’s phone and after they arrive at the recipient’s phone.  This means that the messages cannot be intercepted or hacked in the middle.

This provides a tremendous privacy benefit to users, and protects them from many types of hacking and surveillance.  Of course, criminals and terrorists benefit from it as well—unless authorities can hack their phones, their communications are completely hidden.   In this way, the protection offered to the general, law-abiding population also protects the worst and most dangerous individuals.  It is with this background that U.K. Home Secretary Amber Rudd issued a call for WhatsApp to provide security services with access to encrypted messages.  Her request echoes a 2016 dispute between the FBI and Apple over the encryption of a terrorist’s iPhone.  That dispute was ultimately resolved by the FBI’s finding a way to break Apple’s encryption.

Ronald Noble, RKN Global’s founder, highlights the predicament posed by encryption.  The same privacy measures that protect the public against scammers, hackers, thieves and other corrupt criminal elements also provide coverage and protection to those with the worst possible intent.

As it stands, police and investigative agencies are largely on their own in bypassing encrypted messages and devices.  Apple refused a 2016 court order to help the FBI break its iPhone encryption, for example.  However, authorities can still take advantage of vulnerabilities of criminals’ and terrorists’ devices, as often as possible, to view their messaging before it is encrypted.  It certainly hampers their ability to thwart and investigate terrorism, but it is better than nothing.

RKN Global founder Ronald Noble underscores the delicate balance between two different vital interests.  It is important to protect individual freedom and privacy; it is also important to protect society from those who would do us harm.  There is no simple solution to this tension.

Awareness and vigilance is essential in helping prevent fraud https://t.co/7eF639Nv3n
'"You got to just be careful,” FEMA Spokesman Patrick Boland advised. “You know this is a time when a lot of money… https://t.co/UVoMSyvkaY
Vaccines cut the risk of severe COVID-19 by at least 90% in a huge real-world study of 23 million people… https://t.co/skiHLGM4MQ
https://t.co/lXfxyrIIzF
"The problem is that the way people identify themselves over the internet is broken ... To a website, you as a pers… https://t.co/30QfDbzpiN