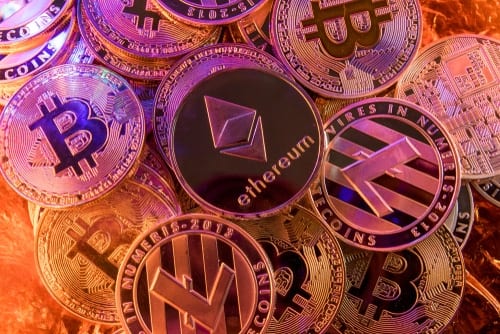 Why did Litecoin’s value grow in February?

Before understanding why this artificial coin increased in value last month, let’s go through its history. Litecoin, which was launched on GitHub through an open-source client, was founded by Charlie Lee. In November 2013, this cryptocurrency reached a market cap of $1 billion. It became one of the first to adopt Segregated Witness last year in May. The first Lightning Network transaction was done in the same month through Litecoin and 0.00000001 LTC were transferred from Zürich to San Francisco within a second.

Then, in February 2018, Alza, an EU-based online retailer, announced that it is accepting Litecoin as a payment method. In addition to this, Alza declared that users can exchange the currency in automated branches in Bratislava and Prague as well. The general market of cryptocurrency saw a drop of 8.5% in February on month-over-month basis, but Litecoin saw monthly gains.

According to a report by Coindesk, the monthly gains in the value of Litecoin could be due to Lee’s belief that LTC could supersede bitcoin cash in market cap in 2018. Also, the artificial coin was in the spotlight due of the release of Litepay. LTC hiked 30% against the US dollar, outperforming all large cryptocurrency assets last month. Further, the Microsoft has acknowledged the Litecoin platform – along with Ethereum and Bitcoin – as a potential foundation for its decentralised identity system.

LitePay has potential, could be a game changer for Litecoin

“LitePay will be a game changer,” said Palwasha Saaim, a Research Analyst at Lombardi Financial. He added that users of LTC will be able to convert dollars to Litecoins and vice versa through the LitePay cards that are not only Visa compatible but can be used at all ATMs as well.

Another reason behind the hike in the value of LTC was the forking of the Litecoin blockchain into LCC (Litecoin Cash). According to Business Insider’s report, the owners of Litecoin would get 10 Litecoin Cash coins for each LTC unit they have when the forktakes place. The fork was profitable for Litecoin, as its value hiked and investors secured their share on the artificial currency in order to have more litecoin currency when the fork took place.

All in all, LTC performed really well in February, but it is still a long distance away from its all-time high of $365 (which it reached at the end of last year).

Of course, the market of cryptocurrency is very volatile, and the future is completely unpredictable.